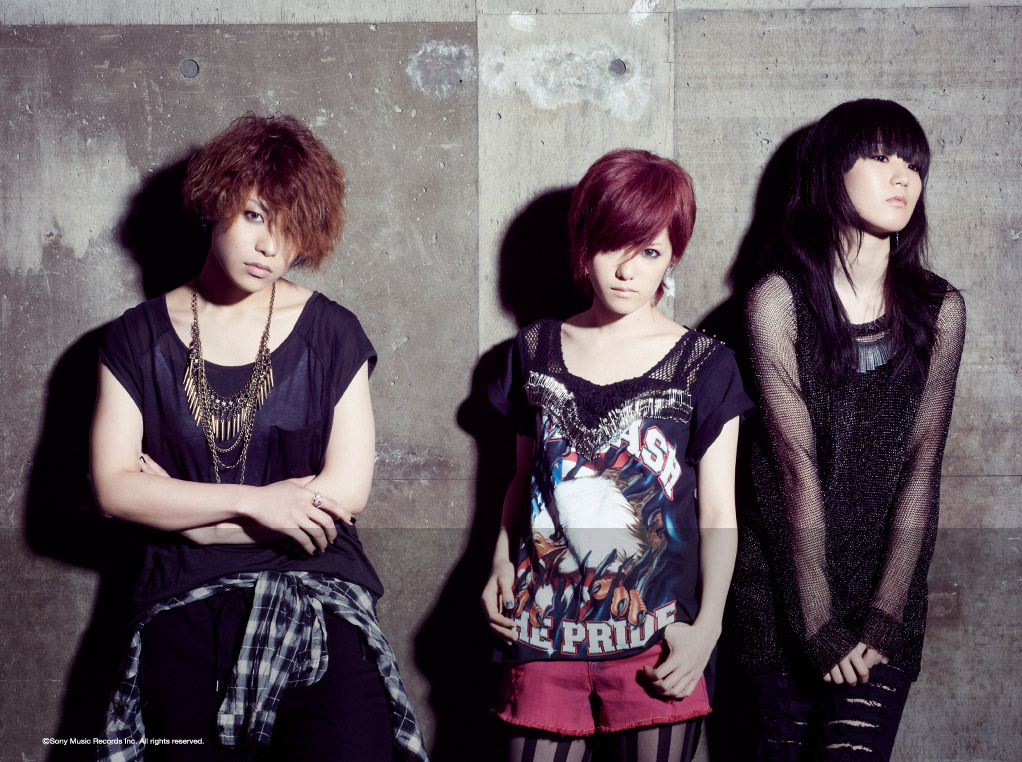 It was announced that AIMI ( Vocals, Guitar) has undergone surgery for throat polyp.

AIMI noticed that there was something at the back of her throat during March around the end of the More!More!!More!!! tour held nationwide and after examination, 2 polyps were discovered. Imidiate surgery was essential but AIMI said that she didn't want to cancel the pre-planned events and so it was decided with the members that she would be taking medication and then undergo surgery after the end of the tour.
The surgery was successful and AIMI is recuperating right now. They will resume Live show schedule from "MUSIC MONSTERS -2012 summer-" to be held on the 26th of August.

During the time that AIMI recuperates, SHIHO (Drums) will be taking lanugage lessons and will be staying in Los Angeles for improving her drum skills, while NOHANA (Bass) will be going to Korea for a short study tour to receive dance and vocal training.
Let's look forward to the revival of the powered-up girls.

Credit to dso and ButterflySparkle of VGD
Source : natalie.mu

Welcome to JPOPizu! Feel free to put your message here! You can report broke link here too. I'll help as much as I can.